Broadway – today and over the last decade or more – has played host to programs spotlighting the legends of the music industry: From Billie Holliday, Fat’s Waller, and Kurt Weill to Carole King, Frankie Valli, ABBA, Janis Joplin, and Johnny Cash; to Peter Allen, Jimmy Buffet, Donna Summer, The Shirelles, The Gogos, Green Day, Tupac Shakur … and too many Beatles tributes to count!

Preemo Productions in association with Broadway’s Town Hall
will add its name to the jukebox musicals that are now a major shine to the Broadway skyline. They will be hosting a concert honoring the American rock band, Chicago, and the timeless music of Motown.

On THURSDAY, JUNE 28, AT 8:00 P.M. at TOWN HALL, 123 WEST 43RD STREET, NYC, in the heart of the Broadway theater district the air will be filled with the great work of Chicago and Motown. W4M will follow the progress of this out-of-town phenomenon as it enters the city that never sleeps.

As a non-profit organization offering an experiential learning program through the primary educational system to students in their junior and/or senior year of high school, APFS has been actively involved with Virtual Enterprises International since 2014 through the judging and sponsorship of local student competitions. More recently, on Feb. 24, 2016, APFS hosted the finals for the sixth annual Long Island VEI Business Plan Competition at the firm’s home office in Holbrook, N.Y. As part of an initiative to raise the bar higher in support of VEI, APFS has launched the AP-VEI Internship Fellows Program, a national initiative designed to mentor students into becoming budding professionals, while building a major talent pipeline for AP and its branches located nationwide.

Lon is being honored in just a few days for his great work with CENTER FOR DISCOVERY so we took this opportunity to find out more about this captain of industry with an ear for the classics.

Tell us about yourself as an artist.

I was influenced by my father Hy Dolber who was a well known harmonica player during the ’40s and ’50s who performed in groups such as the Polka Dots, the Harmonicats, Art Dickson & His Harmonica cowboys, and of course the Minnevitch Rascals. As a teenager I played bass in a Chicago and Blood Sweat and Tears tribute band. After leaving High School I gave up playing and did not pick up the bass again until I was 55 years old instead focusing my time in the financial services industry which is primarily how I earned my living. In time and after taking lessons and performing in a 60’s rock band called The Filthy Crickets I gravitated toward Motown Music with its interesting bass lines and patterns.

Give us the history of Beginnings and That Motown Band

As a teenager I played bass in a Chicago and Blood Sweat and Tears tribute band. After leaving High School I gave up playing and did not pick up the bass again until I was 55 years old instead focusing my time in the financial services industry which is primarily how I earned my living. In time and after taking lessons and performing in a 60’s rock band called The Filthy Crickets I gravitated toward Motown Music with its interesting bass lines and patterns. Of course how do you put together a Motown Band? You need a producer, a musical director. I was lucky enough to meet Johnny Gale a close friend of my brother n law. Producer, composer, arranger, vocalist and guitarist extraordinaire Johnny Gale is a renowned expert in the authentic stylings of classic soul, doo wop, r&b, blues and rock.

This looks incredible. What made you decide to do this show at Town Hall?

Johnny Gale began a very meaningful professional relationship with friend Kenny Vance in 2000 when Kenny asked Johnny to produce five or six new tracks and help him complete work on a few unfinished cuts for the soundtrack album to the movie ‘Looking For An Echo’. Johnny has been musical director and arranger for Kenny Vance and the Planotones since 2001. A current project is that he is involved as an arranger/consultant on the hit Broadway show ‘A Bronx Tale’. He also worked behind the scenes as a bandleader/guitarist on the upcoming Martin Scorcese film ‘The Irishman’, starring Al Pacino, Robert Deniro, Joe Pesce and Harvey Keitel. Johnny appears in the film with Steve Van Zandt. Johnny has helped That Motown Band perform classic Motown music authentically and as close to the original recorded tracks as possible. The combination of my management and economic support of the band, the musical direction of Johnny Gale and the promotional efforts of Ed Levine and Preemo production have helped the band perform at sold out theaters. Of course we would not have had the opportunity to perform at Town Hall without the efforts and influence of Tom Wirtshafter who is the President of Town Hall. Tom is a business colleague and friend of mine serving on the board of directors of my firm American Portfolios.

With Jersey Boys, Summer, and other Tribute Shows on Broadway, how do you think you contribute to the skyline of Broadway?

I have always thought that there was a place for tribute bands to perform in the city. The combination of two successful bands performing feel good music of the Motown Era and of Chicago combined with supporting a worthwhile charity like The Center for Discovery is a recipe for success. Both times we performed with Beginnings the events were sold out.

Where do you go from here?

As for the future of That Motown Band I would like to see us continue to perform in theaters throughout the metropolitan area and beyond.

THE SHOW … IF YOU GO

Town Hall will host a special one-night-only concert featuring the phenomenal band, Beginnings and their tribute to the legendary 70s & 80s band, Chicago; and That Motown Band – celebrating the 60s record label that fostered powerful, definite and historic music.

In 2002, a group of celebrated professional musicians, all veterans of the New York music scene, came together to form Beginnings. But a funny thing happened on the way to Broadway, a collaboration blossomed into a non-stop musical odyssey. Their journey has taken them across the entire country with celebrated stops at Epcot Center, Atlantic City, Las Vegas, and now the Broadway area. Beginnings are individually talented musicians who together comprise an ever-evolving universe multi-instrumentalists and multiple lead vocalists. Their performances bring to life the music of Chicago, recreating every decade of the band’s hits. Beginnings is family friendly and a treat for music lovers of all ages. 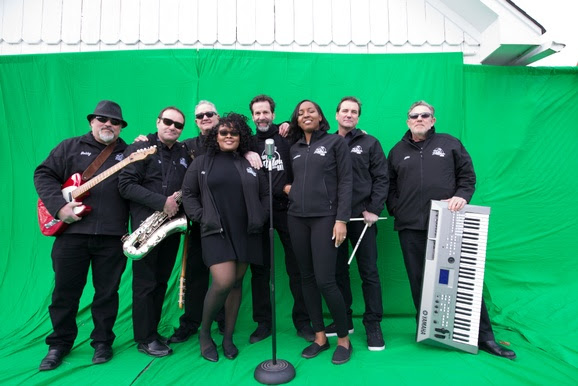 A national phenomenon for many years, That Motown Band brings to life – at each performance – the music of Aretha Franklin, Stevie Wonder, the Temptations, the Supremes, the Four Tops, and so many others. TMB is a talented group of vocalists and musicians who have played to sold-out houses in The Hamptons, Philadelphia, and Baltimore, just to cite a few. 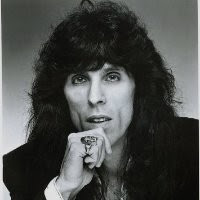 Producer, composer, arranger, vocalist and guitarist, Johnny Gale is a renowned expert in the authentic styling of classic soul, doo wop, R&B, blues and rock. He discovered and co- produced Grammy nominated artist Ryan Shaw’s debut album entitled ‘This Is Ryan Shaw’. Original composition ‘We Got Love’ from that album has been featured on ABC TV’s ‘Brothers And Sisters’, the film ‘My Blueberry Nights’ and ‘Sex and The City’ Vol. 2 soundtrack album. Nominated for a Grammy for his work HBO series, Vinyl, Johnny’s own musical style make him a true rock star in his own right.

FOR MORE INFO ON THE GROUP, THE SHOW, AND TICKETS, CONTACT JMAE.EVENTS@GMAIL.COM